Walk around the Block: Ernst

Ernst is a self-entitled »Pilgrim 2.0«. A few years ago, he decided to quit his job at Red Bull Media and started to become a professional pilgrim. In 2017, he hiked from Vienna to Marrakesh. Just recently, he published his adventures in a book called »Mein Leben ist eine Pilgerreise« (my life is a pilgrimage for you English speaking folks). I just read the first few chapters and it's an inspiring and sometimes pretty funny read.

I got to know Ernst a few years ago at a DreamAcademia event. Since then, our paths crossed from time to time and I tried to help him to improve his photography skills before his recent hike on the Alpe Adria track, from Austria to Italy. I don't know, if I did a good job as a mentor, as he still uses his iPhone to shoot, anyways, visit his Instagram profile to follow his adventures. 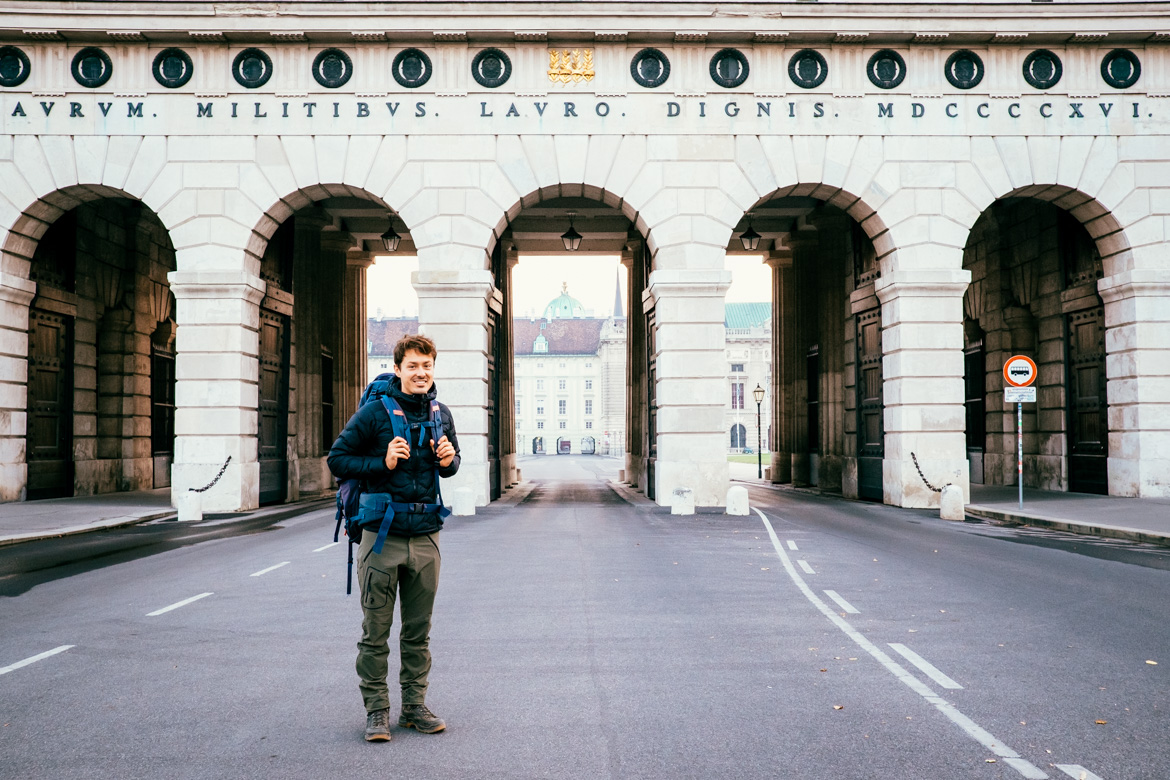 Actually, there was a reason for our shooting. Ernst did a project with the folks from Sonnentor, an Austrian company that produces organic herbs, tea and other great stuff. Ernst needed some photos to document his four day hike from Vienna's Heldentor to Sprögnitz in the Austrian Waldviertel. We were lucky to get beautiful autumn morning light that day. 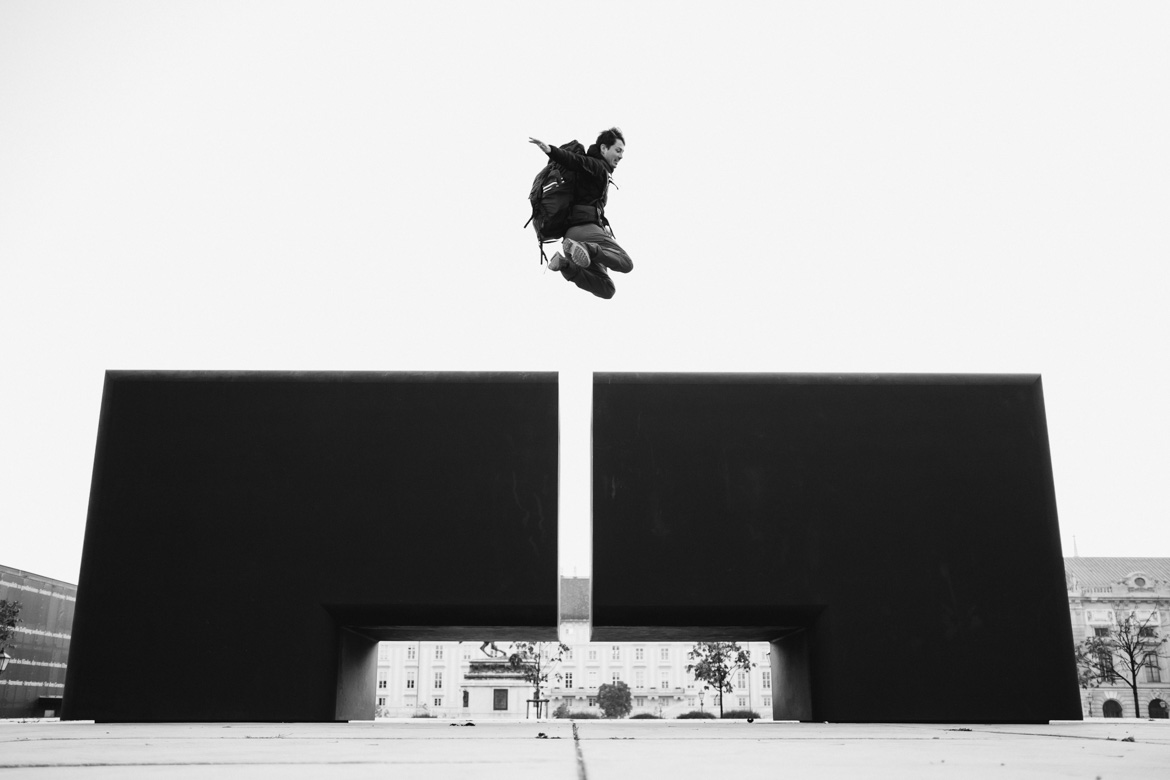 We started off with some morning sports. 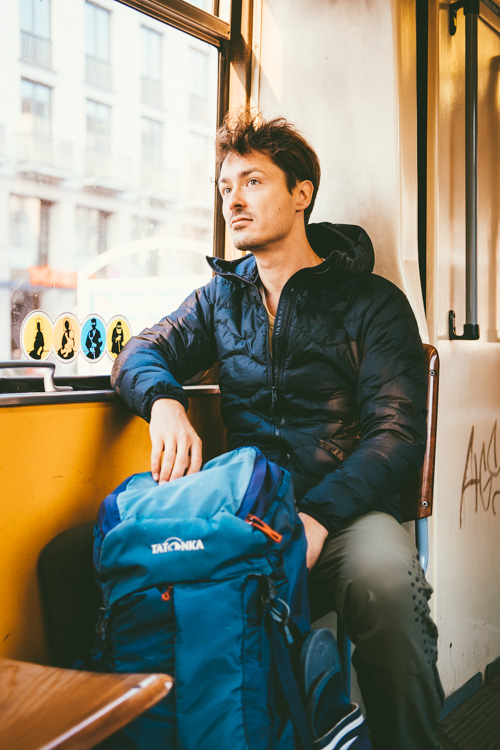 Even a pilgrim takes a tram sometimes. 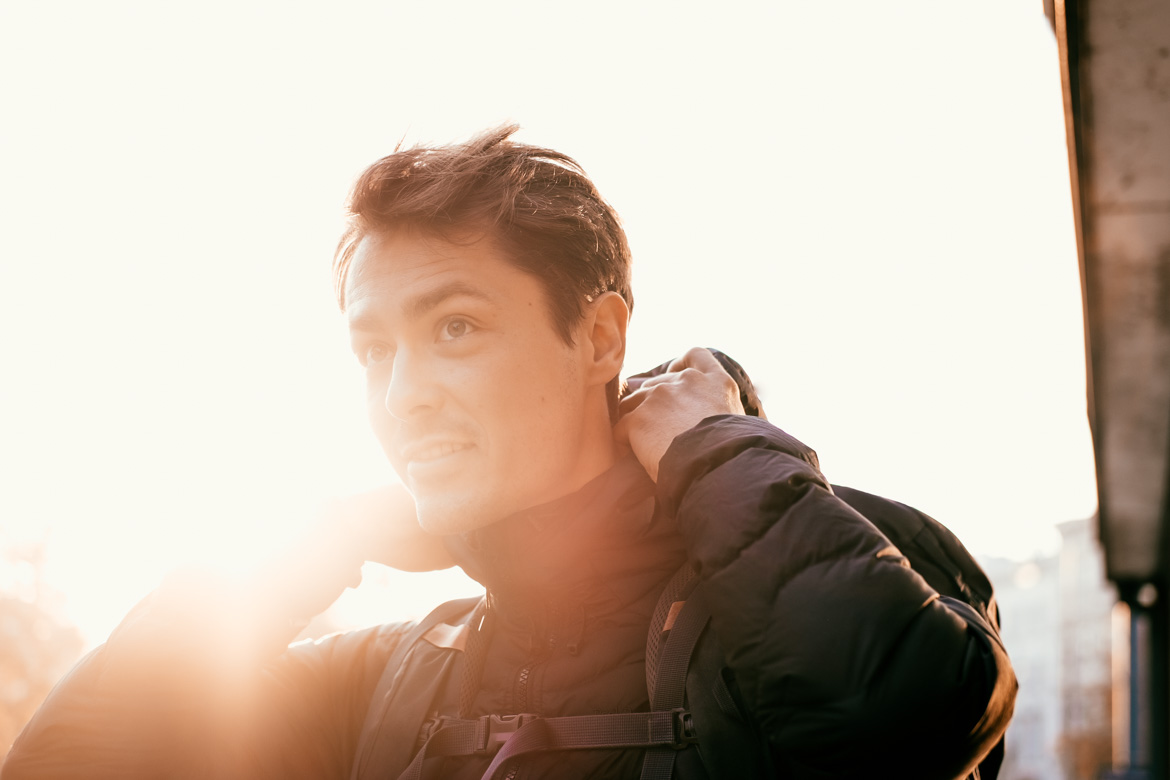 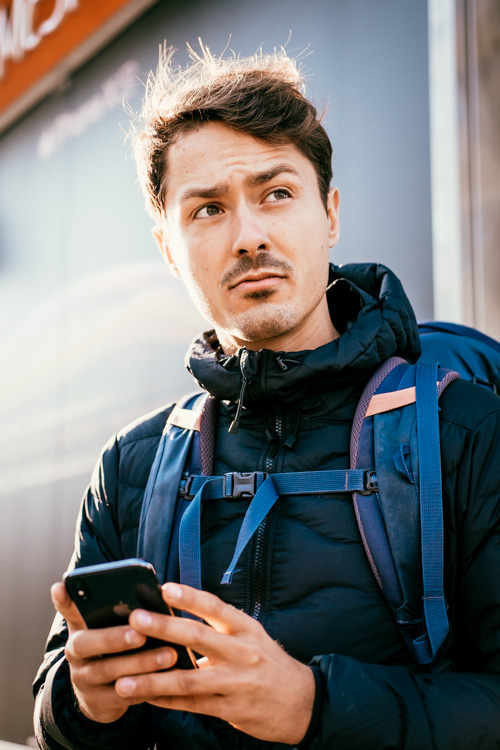 As a pilgrim 2.0, your phone is your most important tool. Besides your feet of course. 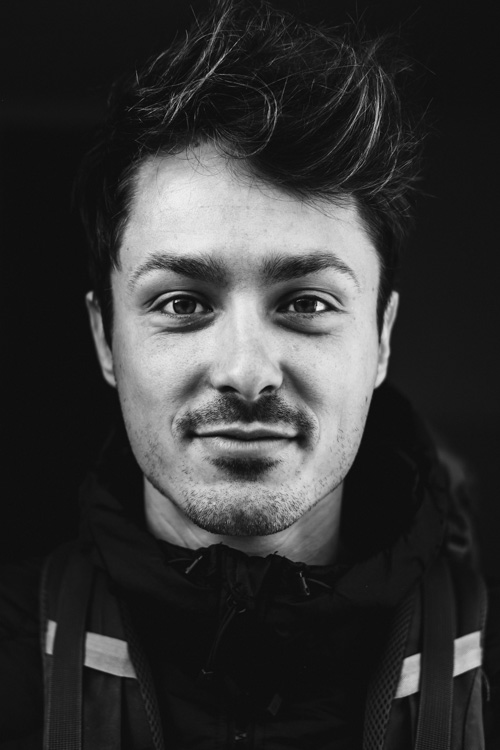 There must always be time for a nice black and white portrait. 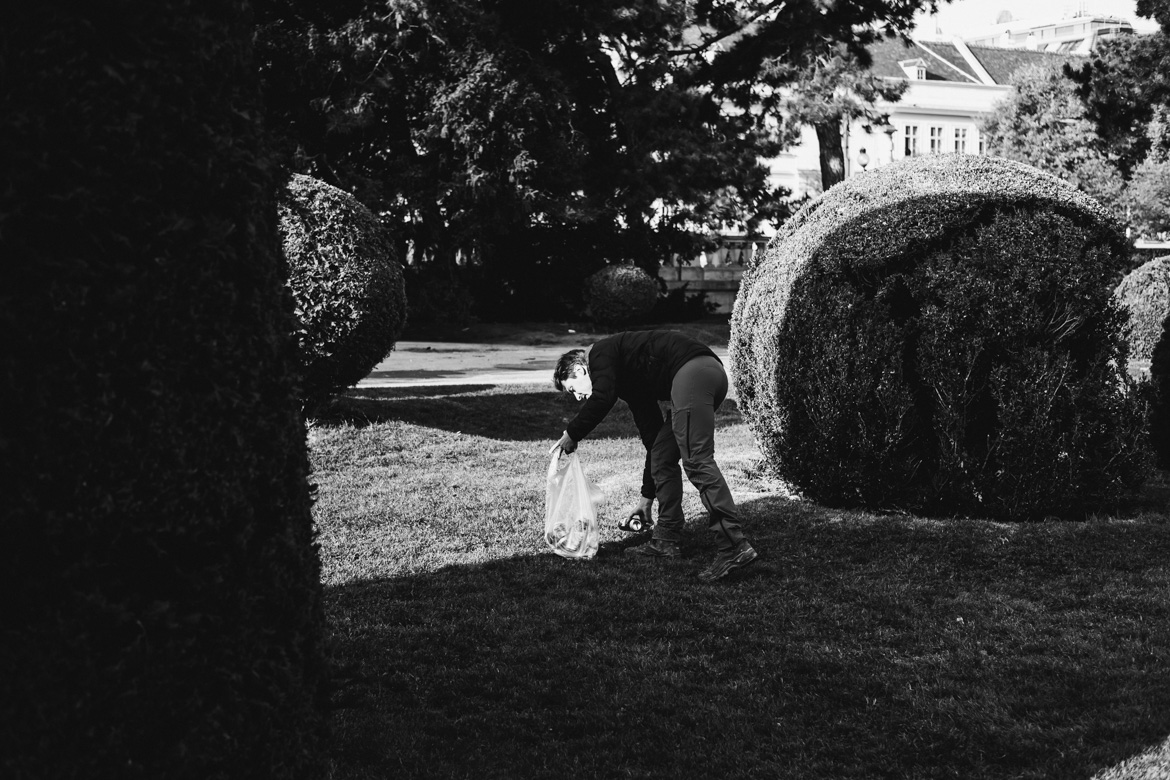 By collecting trash along his way, Ernst tries to raise awareness for the planets' growing trash problem. 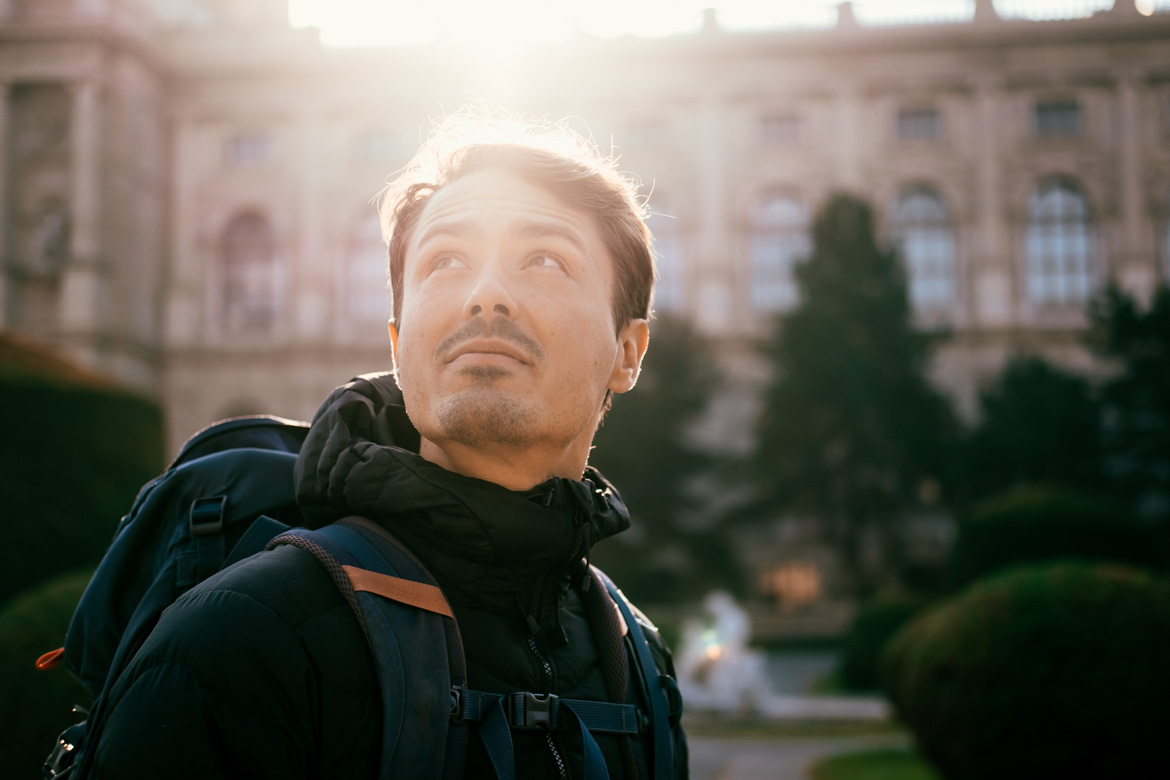 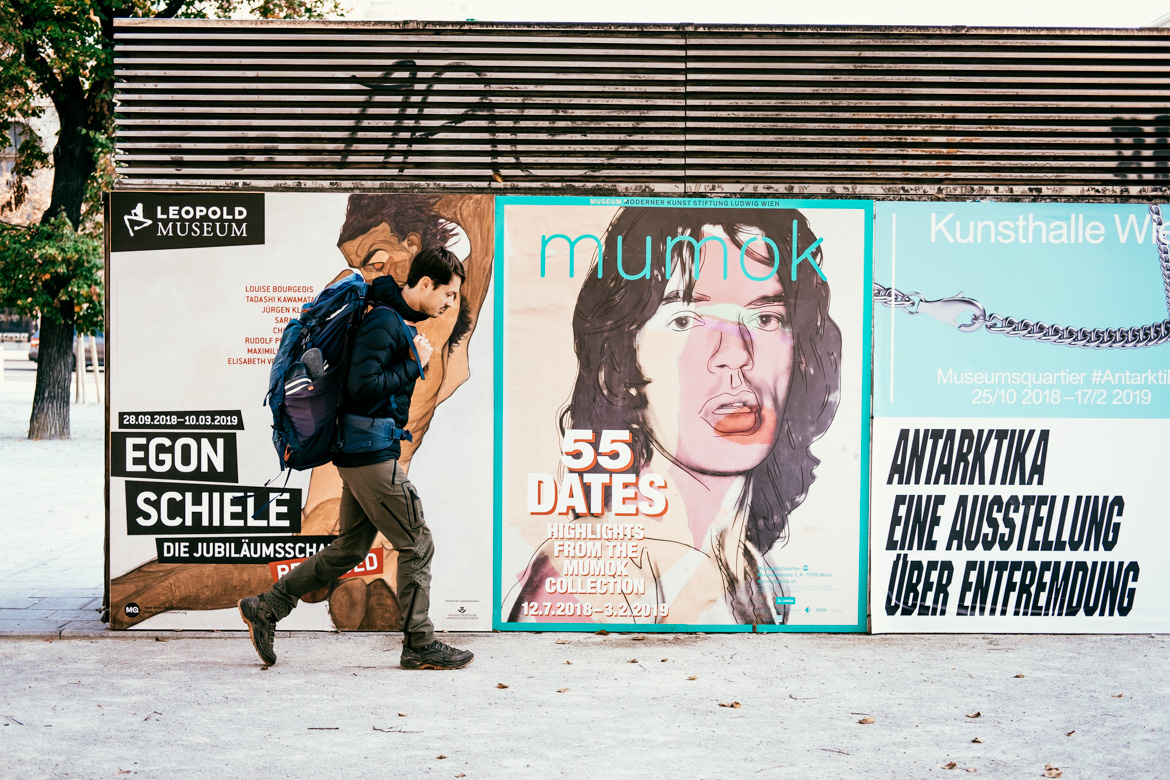 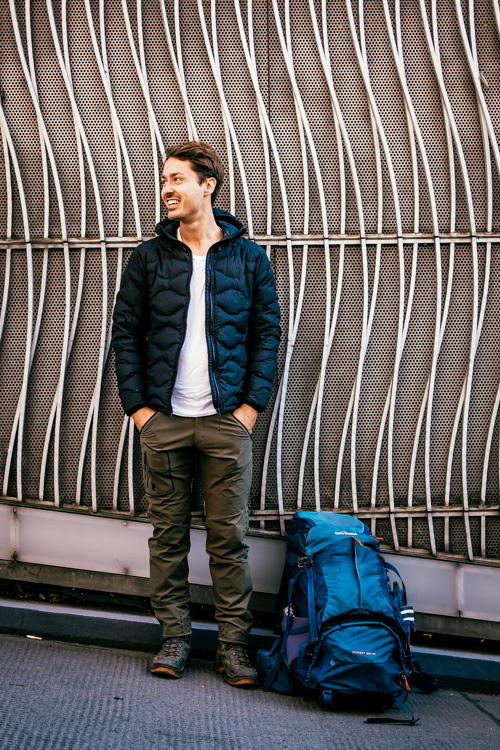 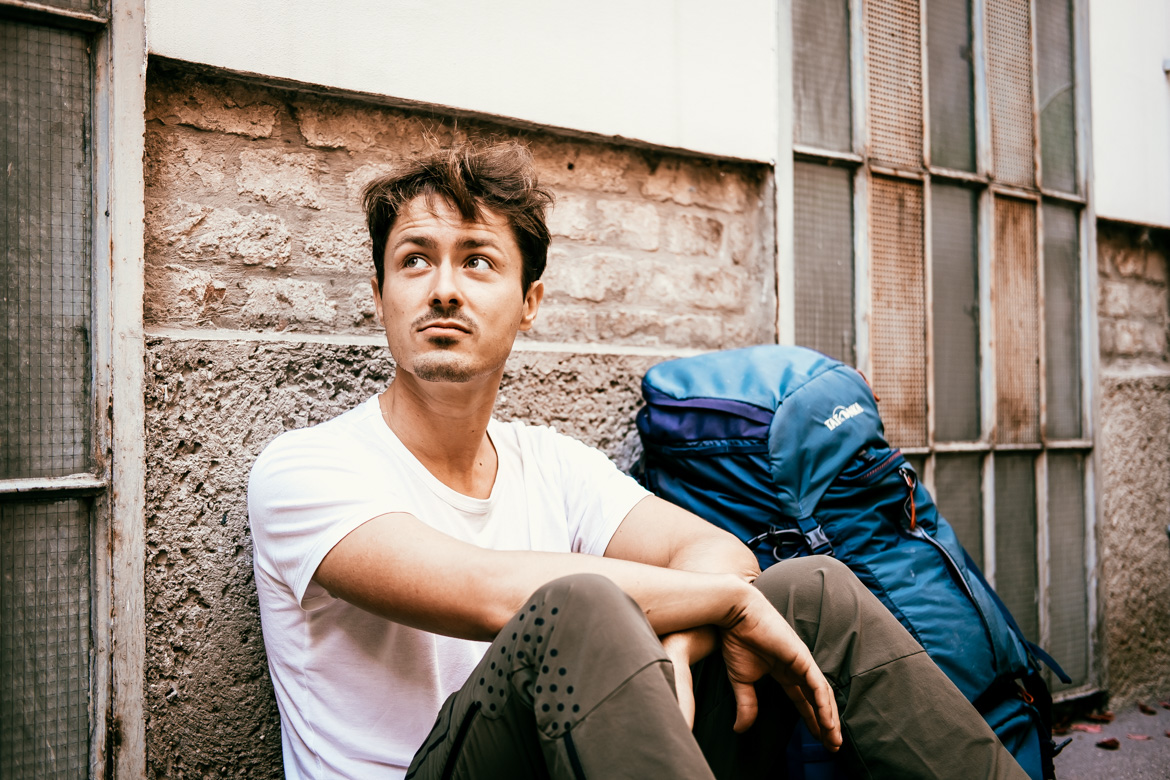 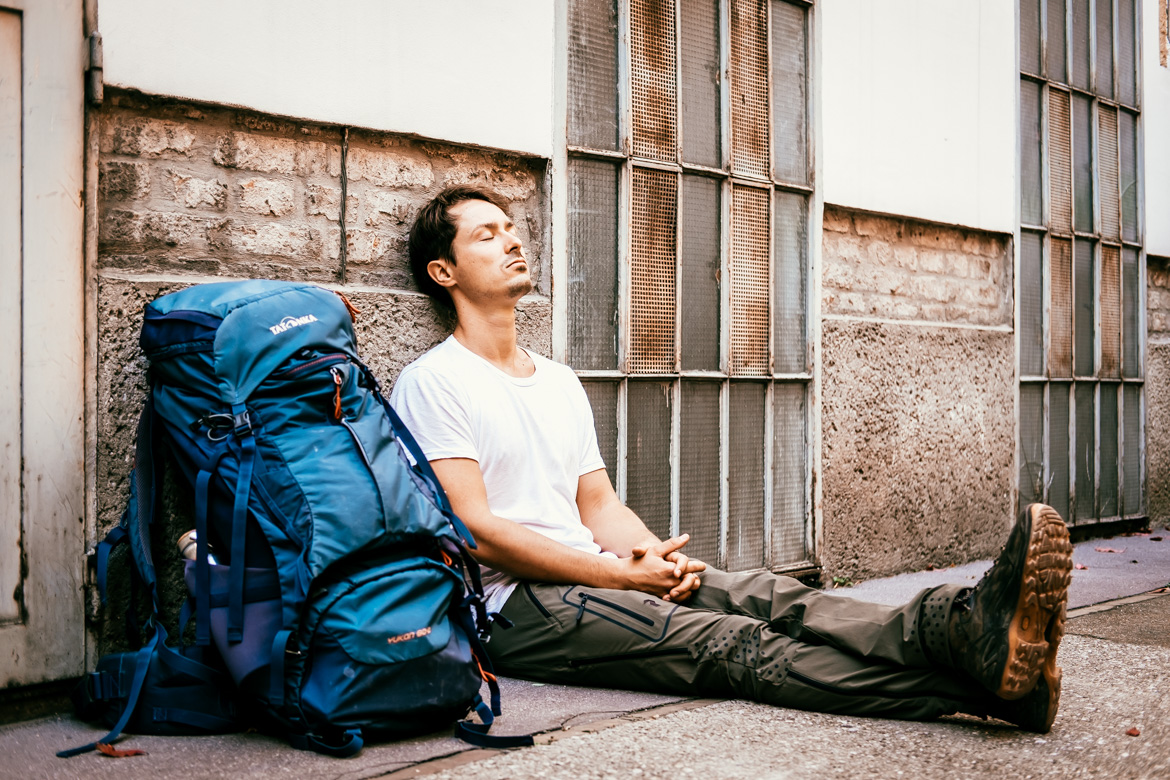 I fell in love with this beautiful backyard. Luckily, we found it next to Ernst's first milestone... 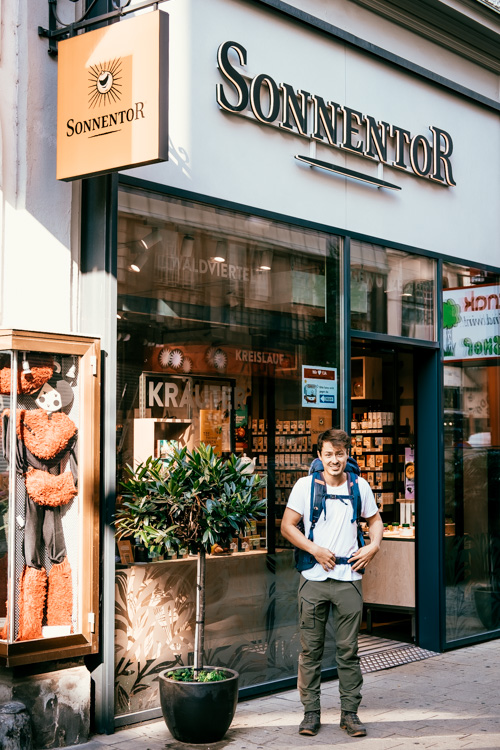 The Sonnentor shop in the 7th district.

All shots captured with a Fuji XT-1.
Show me some love on Insta and leave a comment, if you like.

Veröffentlicht von: Manuel Gruber in Blog, Walk around the Block